Home / Explore / Remembrance Tourism
-A +A

This trail takes you from the Hélène Boucher square to the "Butte des Charbonniers", and features 10 significant events and major figures in the history of Chartres. The 10 stages on the remembrance trail (monuments, plaques or statues) are linked to one another by bronze studs. Each station, preceded by 5 bronze medallions by the sculptor Rich, is explained on a site marker in French, English and German. In addition to these 10 important sites, there are many other historic buildings, squares, streets and reminders of the past to find all over the town. Find a virtual tour of the "Chemin de Mémoire"! 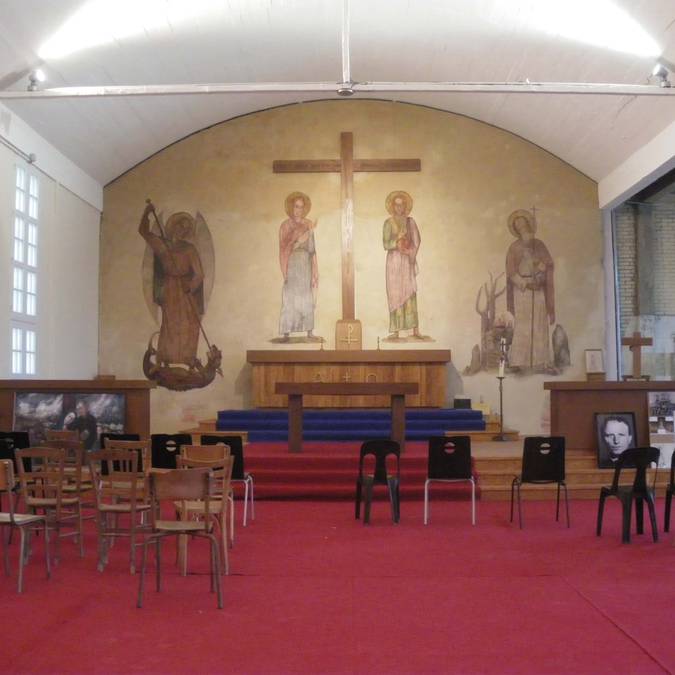 European place of memory, the barbed-wire Seminary is the largest seminary which has existed. It was established at the end of the Second World War in a former transit camp for French prisoners before the departure to Germany and a retention camp for "indigenous" war prisoners (1940-1944), and then, at the end of the war, a camp for war prisoners of the Axis. Transformed into the University of Theology in 1945, it housed more than 950 German seminarians between 1945 and 1947. Nowadays, it allows people to discover the history of Franz Stock but also, through contemporary photographs and objects, the history of the site.