Home / Explore / Remarkable houses
-A +A

True place of visit, very close to the cathedral, this building, from the second part of the 15th century and the early 16th century, presents in a funny and pedagogical way the tourist wealth of the city of Chartres. This place proposes several exhibitions in relation with Chartres and the tourism.

This house is also the Tourist Office of Chartres Urban Area. 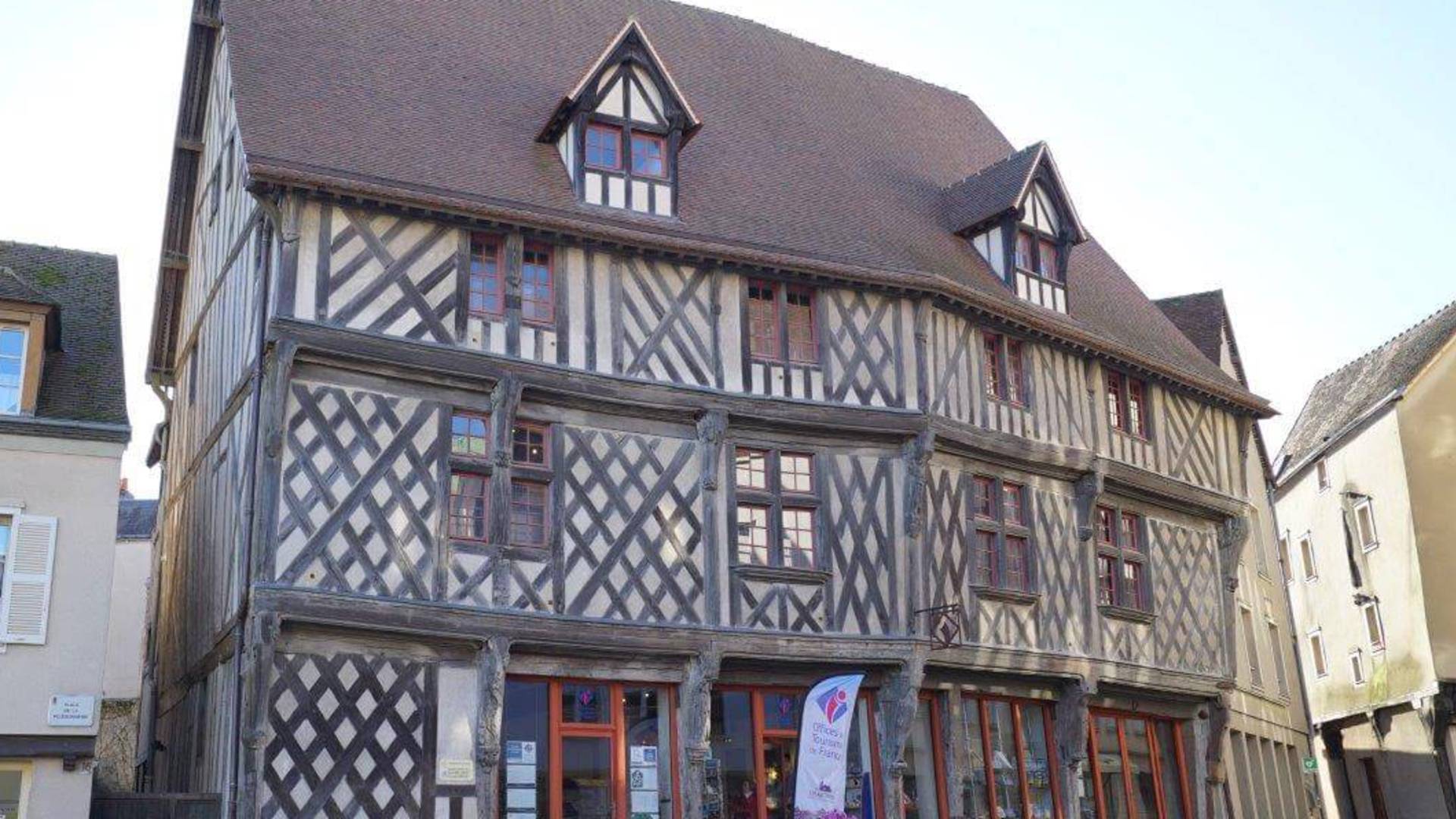 The Picassiette House: a unique work of art!

This house, which is classified as a historical monument and has been labelled as a 20th century heritage site, is a remarkable example of outsider art, created by Raymond Isidore. Born in Chartres in 1900, he worked as a labourer for the city. In 1929, he acquired the land to build his house and in 1938 he started to decorate it: He firstly decorated the floor with multicoloured mosaics, then the walls and the rest of the building, including the garden. Originally nicknamed "Pique-Assiette” [Scrounger] because he used broken crockery, and then "Picasso des assiettes” [Picasso of the crockery] in reference to the painter, Raymond Isidore used various materials: earthenware, porcelain, pottery debris and multicoloured glass. As a devoutly religious man, he was inspired by the world of the cathedral but also by the big monuments in Chartres, not to mention some of the big French and international tourist sites, including the Eiffel Tower. Open to everyone, this quirky site is full of surprises!

Stroll through the Evêché gardens which offer one of the most beautiful views of the old town. These gardens are classified historical monuments since 1941. Discover also the Episcopal Palace, composed of several buildings built from the 12th century, reworked and completed over time and completed in the 18th century. Famous individuals have lodged in this edifice: Henry IV during his coronation in 1594 and Napoleon in 1811.
The Palace houses the Fine Arts Museum which offers rich and varied collections (paintings of Zurbaran and Soutine, important Vlaminck fonds, sculptures, furniture, enamels and collection of glass objects from Navarre...).

A group composed of a project manager, an artistic director, and three designers and six muralist painters, was involved in this project: three months were necessary to design these frescoes and nine for the achievement. Four buildings, that is to say a surface area of 4,000m2, have seen their grayish walls disappeared to leave the place to colored ones. Now there are shimmering colors under the form of diverse trompe-l’oeil.

After the Bel Air frescoes, the city of Chartres reiterates in the field of trompe l’oeil realising a new frescoe in the city center to commemorate Général Marceau showing a cinema scene. For this creation, around 300 litres of paint were used to cover an area of 170m2.

This third site opened in 2017 is on the sacred monsters of French cinema.

Le Pichet: Art Deco facade not to be missed!

Art Deco facade of the restaurant Pichet 3 created for the Exposition Universelle in Paris in 1900.