Home / Do not miss / Maintenon Castle / Its history
-A +A

Maintenon Castle has a rich history. During your visit, you will be surprised by all the its twists and turns.

The castle walls, which have been beautifully restored and enhanced, take you from the 13th century to the 20th century with every owner having the same objective: to make the estate even more beautiful and attractive. Delve into the past!

From the Middle Ages to the Renaissance

This castle dates back as early as the Middle Ages and the 13th century with the lords of Maintenon, the Amaury line. The castle still belonged to them, but financial concerns led to them leaving the castle. In 1509, the castle was sold to a bourgeois business man who honed his skills as treasurer for Charles VIII, Louis XII and François the 1st: Jean Cottereau. At the beginning of the Renaissance, Cottereau decided to transform the small medieval fortress into an elegant country home, like those built in Val-de-Loire. Cottereau married his daughter Isabeau to a local nobleman: Jacques of Angennes, Lord of Rambouillet. The Maintenon estate remained in the family until the 17th century.

In 1674, following many financial difficulties, the Angennes family sold it to a woman who was to become its most famous owner: Françoise d'Aubigné, who gained the title of Madame de Maintenon.

She was a wise woman, and made the most of the benefits from her royal relationship and both expanded and made some adjustments to the castle. As she didn’t have children, she decided to make her niece Françoise Amable, her brother’s daughter, her sole beneficiary. She facilitated a high-profile wedding for the young girl with Adrien Maurice de Noailles and gave them the whole estate in dowry.

The couple’s descendants continued to develop the castle, particularly in the 19th century, where Paul de Noailles decided to modernise the castle by undertaking restorative works. With his wife Alicia de Mortemart Rochechouart, a descendant of Madame de Montespan’s brother, he entrusted the work to Henri Parent while he refurnished the castle. The library is also classified as a historical monument. He was one of the first people to write a biography about Madame de Maintenon.

In the 20th century, Geneviève de Noailles married Mr Raindre. After World War 2, they inherited the castle, which was unfortunately severely damaged. They devoted their lives to developing it and promoting it as a tourist attraction where the public could discover this place that is riddled with history.

When you visit the castle, you will experience these major historical milestones but you will also be surprised by its rich furniture and how the different rooms have been developed. 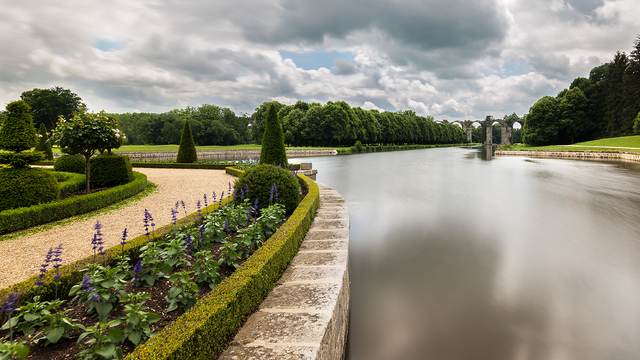 Discover the fate of Françoise d'Aubigné’s who, born in Niort prison, became Madame de Maintenon and Louis XIV’s mistress and then wife.