If you are a fan of cycling, you will not be disappointed with the cycle paths and trails in Chartres and the surrounding area.

Where to hire a bike?

Chartres Tourism welcomes you all year round for bike rides with your family or friends! Between our two tourist information centres, we have adult and children's bikes with helmets available on request. All the practical info about renting a bike in Chartres or Maintenon.

Do you live in Chartres and want to hire a bike for a long period of time? Head along to the Maison du Vélo! There you will find all kinds of bikes adapted to your needs: children’s and adults’ bikes, bikes for the city or the country, electric bikes etc. There are also lots of accessories available, including helmets, kids' seats and trailers.

Cycle paths to Chartres and the surrounding area

The metropolitan area of Chartres promotes the development of cycling infrastructure, so you will find an interconnected urban network of cycle paths connecting business areas, teaching establishments or sports areas, green spaces and the city centre. This makes for stunning routes for all the family that are half in the city and half in nature! However, this urban interconnection is not limited to Chartres city centre: the metropolitan area of Chartres is developing the network and securing routes for cyclists.

For a ride along the banks of the Eure, take a cycle path between Chartres and Le Coudray where you can follow the path thanks to the city's cycling network. Or even venture to Luisant, by taking the green route… Otherwise get the best of both worlds with the "nature in the city” circuit which does a 17 km loop going through Chartres, Le Coudray, Luisant and then Mainvilliers, all without getting too tired! 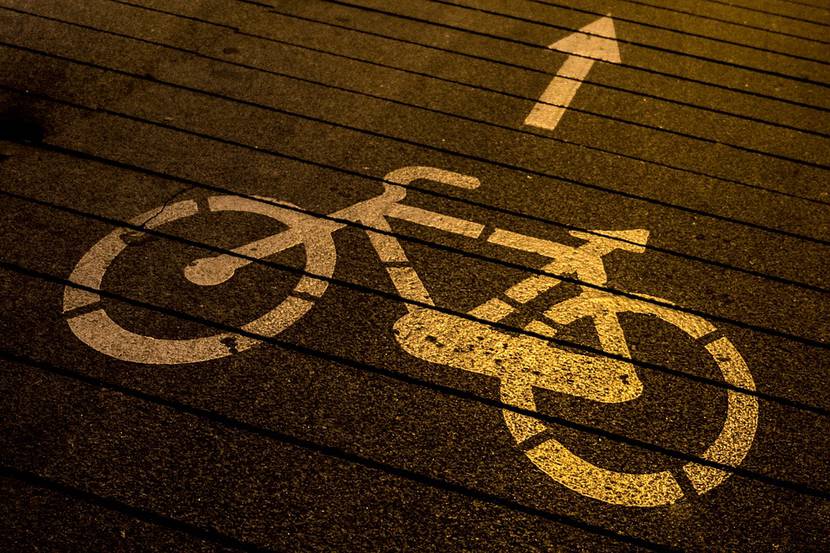 For braver souls, there are two national routes that go through the city of Chartres and the surrounding area. Do you dare to give them a go?

The Veloscenic cycle route from Paris to Mont-St-Michel

This route takes you from Ile-de-France to Mont-St-Michel by crossing the Vallée de Chevreuse, the Perche and Maine areas and the Normandy countryside. This route is suitable for mixed abilities with walking and cycle paths alongside quiet roads. You will be able to discover stunning view points and sites. The Eure-et-Loir stretch links Epernon to Nogent-le-Rotrou over around 110km, and as it leaves Chartres, it becomes a walking and cycle path that winds alongside the Eure… You are guaranteed to get a change of scenery!

After the Veloscenic cycle path "Chartres le Mont-Saint-Michel", this is the second national route that goes through Eure-et-Loir via Chartres, to iconic destinations. It allows cyclists to rejoin the Voie de Tours (one of the 4 main routes) from Paris and the North of Europe. It goes from the north east of Eure-et-Loir (Droue-sur-Drouette / Epernon) to the south-west and goes up to Illiers-Combray, effectively following the same route as the Veloscenic route, through the Vallée de l’Eure, Maintenon and Chartres. After Illiers, it dips down towards the south, through the Vallée du Loir, via Bonneval, Châteaudun and Cloyes-sur-le-Loir.

This alternative route is often preferred by Dutch cyclists who want to avoid going through Paris and Ile-de-France on their bike. Characterised by its relatively flat land, Scandinavian cyclists have been cycling on this route for 20 years. Nowadays it is considered to be the most common pilgrim’s route for cyclists in France. Quiet roads away from all the traffic have been chosen specially for the cyclists and links connect the major SNCF train stations and pilgrim’s sites. The route is ready, so prepare to climb aboard your bikes. And that's not all! There is also the Transbeauce.

An incredible route that is around 50km long  that can be discovered on foot or on horseback. 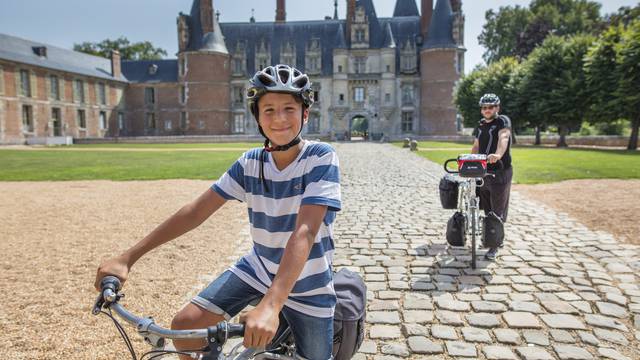 From Paris to Mont Saint-Michel, the Veloscenic cycle route invites you to live an adventure that is rich in discoveries and events. 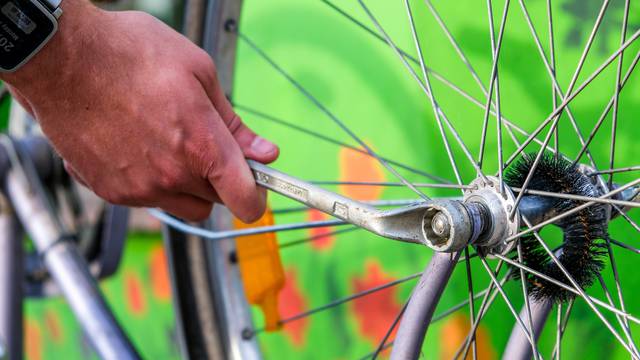